Emergencies such as fire in areas that are difficult to reach, such as tunnels and enclosed car parks, set strict requirements for the systems designed to protect against smoke inhalation and heat.

The new European standard EN 12101-3 came into effect on 1 April 2005. EN 1201 is aimed at systems for the control of smoke and heat in the event of fire. Part 3 specifically addresses the criteria for the extraction fans used for this purpose. The standard sets specifications and defines methods for testing such ventilation systems and the associated motors. The systems and motors are intended, among other things, to keep escape and access routes smoke-free and to create a smoke-free layer for fire fighting and rescue operations.

The standard must also ensure that the spreading of fire is delayed or prevented and that equipment is protected. Finally, the ceiling temperatures must be prevented from rising too high, so that the thermal burden on the structural elements remains limited. EN 12101-3 applies to manufacturers of ventilation systems and distinguishes two types: emergency fans and fans that combine this function with a regular application.

The fans are divided into classes for this purpose:

For the motors, EN 12101-3 states that they must deliver the power needed for correct operation in normal ambient temperatures and in emergencies (dual principle). Also, requirements are set for the electrical and mechanical construction of the motors and the test settings for the motor and fans are defined. 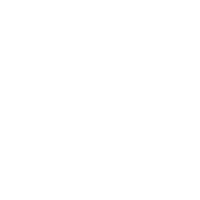